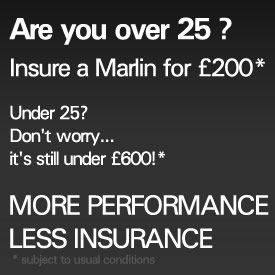 HOW TO GO RACING – THE EASY WAY
Why don’t more people go racing?  It seems an obvious question to us.  Given the popularity of motor racing as a spectator sport, and the huge growth in trackdays across the UK… why aren’t more people actually racing?
We believe it’s because people who would love to race are put off by some popular myths.  And by not knowing where to get the right help and support.

A step-by-step guide
So, this is Marlin’s simple step-by-step guide to getting into motorsport.
First, come credentials.  Putting it simply, we know what we’re talking about because we have done it.
We have been circuit racing for years, first with a Marlin Sportster in the 750 Motor Club kit cars series and then in the Castle Combe-based Special GT Championship, where we are currently supporting Dylan who is driving the New Avatar One avatarsportscars.co.uk/  using the Audi 2.7l bi turbo V6 engine  against big-buck Ferraris, Porsches and the like.  And we’re beating them.  Not all the time, but we are giving them a damn good run for their money.  And having some good fun in the process.
Apart from our own experiences of starting out, we have also introduced two complete novices into the sport. They competed using our Marlin Race Support Package, so we helped them through the whole process and continue to support them on a race-by-race basis.  They simply turn up and drive. And sometimes used to beat Marlin boss Mark Matthews, who drove the other factory car.  But let’s not dwell on that…

The basics
Right, let’s start with a simple A-B-C of what you need to race:
a/ a race licence and appropriate safety clothing, etc;
b/ a race-prepared car
c/ that’s about it, actually…

Okay, so you need some experience, but you’ll get that soon enough when you start testing... and racing, of course.
Oh, and you’ll need the money to pay for it.  But probably not as much as you might think.  So let’s go through the nuts and bolts of getting into racing with Marlin Motorsport and we’ll talk money as we go.

Racing licence
This bit applies no matter what car or series you’re planning to race in.  If you’re racing with Marlin, we’ll guide you through each of the following steps:

1    Buy a starter pack from the governing body, Motor Sports Association (MSA), or from one of the members of the Association of Racing Drivers' Schools (ARDS). Check out the MSA website (www.msauk.org) for details. The pack includes the licence application form and a DVD about racing, which covers stuff like basic track rules, flag signals and the like – all vital info and a crucial part of the test.


2    Taking the ARDS test.  You book this through one of the member schools - details in the starter pack. You have to be over 18 and need to have a medical first, which your GP will do for around £90.  The test itself takes place on a circuit, is part-practical and part-theory.  If you’ve done your homework you shouldn’t have any problems – and you can retake it if you fail.


3    Send off for a licence. Just fill in a form and send it off with proof of passing the ARDS test.  Oh, and bung in another cheque – for a National B race licence. You’ll get your licence in a couple of weeks and you’re almost ready to race…

Race equipment
Apart from the car itself, this is the only other thing you’ll need.  For the GT Championship Marlin races in, you’ll need helmet, overalls and gloves (but we would suggest that you should also get fireproof undergarments and racing boots). They all need to be to approved racing spec, but there are a number of race equipment suppliers who offer a huge range of approved products to suit every budget and required image!
You should be able to kit yourself out for well under £1,000, but reckon on double that if you’re tempted by the top-of-the-range items.  We suggest you buy the best you can afford for the highest possible level of comfort and, most importantly, safety.
Again, if you’re racing with us, we’ll help and advise you every racing booted-step of the way.

1    It means we get to race against production sports cars.  Although Marlin are part of the specialist sports cars sector (handbuilt in relatively small numbers), they are officially production cars (as are Caterhams, Marcos, Morgans, etc) and listed as such in the car trade bible, Glass’s Guide.  So, we race against Porsches and Ferraris, as well as Caterhams and the like.


2    Every meeting of the series is raced at Castle Combe, our local circuit.  We have always found Castle Combe a great circuit to drive, and the staff and officials to be the perfect mix of friendly and professional.  We don’t get to drive on other UK circuits – but then we don’t have the time and expense of towing the cars across the country either.  And we get to know the circuit really well, and it’s good to see the lap times tumble.  Castle Combe is just off the M4 too, so it’s easy get to, from Devon, where we're based, and London, where our other driver, Dylan Popovic, is based.

The car
We are proud to say the mid-engined, VW-powered Marlin 5EXi is proved a worthy competitor to the big-name production cars in the series.  This is now our sixth season in the GT Championship and, like everyone else racing, we have learned a lot of about how the car performs on the limit – and have introduced some modifications to our production and race versions as a result.  This, and the promotional value (and the sheer fun and excitement), is why we race, of course.
We will build you a complete, ready-to-race Marlin 5EXi or Avatar One. Or we will supply the same lightweight race version in component form, for you to build yourself.
And there are other ways of getting you out on the circuit (like buying one of our previous season’s cars), so if you want to race, get in touch, no matter how limited your budget.

Practical support
A lack of practical skills, equipment or time to maintain the car doesn’t have to be a barrier either.
Not everyone out on the circuit is a trained mechanic, of course, and many people call on the services of friends or family to provide trackside race support and between-race maintenance and of course there will always be help on hand from Marlin when they are attending the races themselves.

Other support
All that fellow-competitor comraderie might sound like a cliché, but it really exists.  Everyone wants to see new competitors out there and will do everything they can to help you – until you start beating them, perhaps, but you won’t need their help by then!

And if you want to race a Marlin, do please get in touch – we’ll do everything we can to make it happen.