In this year’s Newsletter -

To have or not to have… that is the question.

As I write this I am entertained by the sight of the birds in our garden, busying themselves at the bird table outside my window. They’re darting about in between the Winter showers and I’m reminded that that’s pretty much what it’s like trying to take out an open-topped sports car this time of year; will the weather hold for me?

I then got to thinking about our new BMW Diesel-based demo Sportster and wondered if I made the right decision to fit aero screens instead of a windscreen. Am I mad? Some may think so, but what do you think?

Example of two gorgeous looking purple Sportsters, one with aero screens & the other a windscreen

Personally I love the look with the aero screens. The very first Sportster we built, in 1997, only had aero screens fitted as we wanted to create a sports car that not only looked the part, vintage ’30s, but was also as close as you could get to the thrill of being on a fast motorbike but with 4 wheels.

OK, so you have to dress for the occasion but hey, let’s live a little! 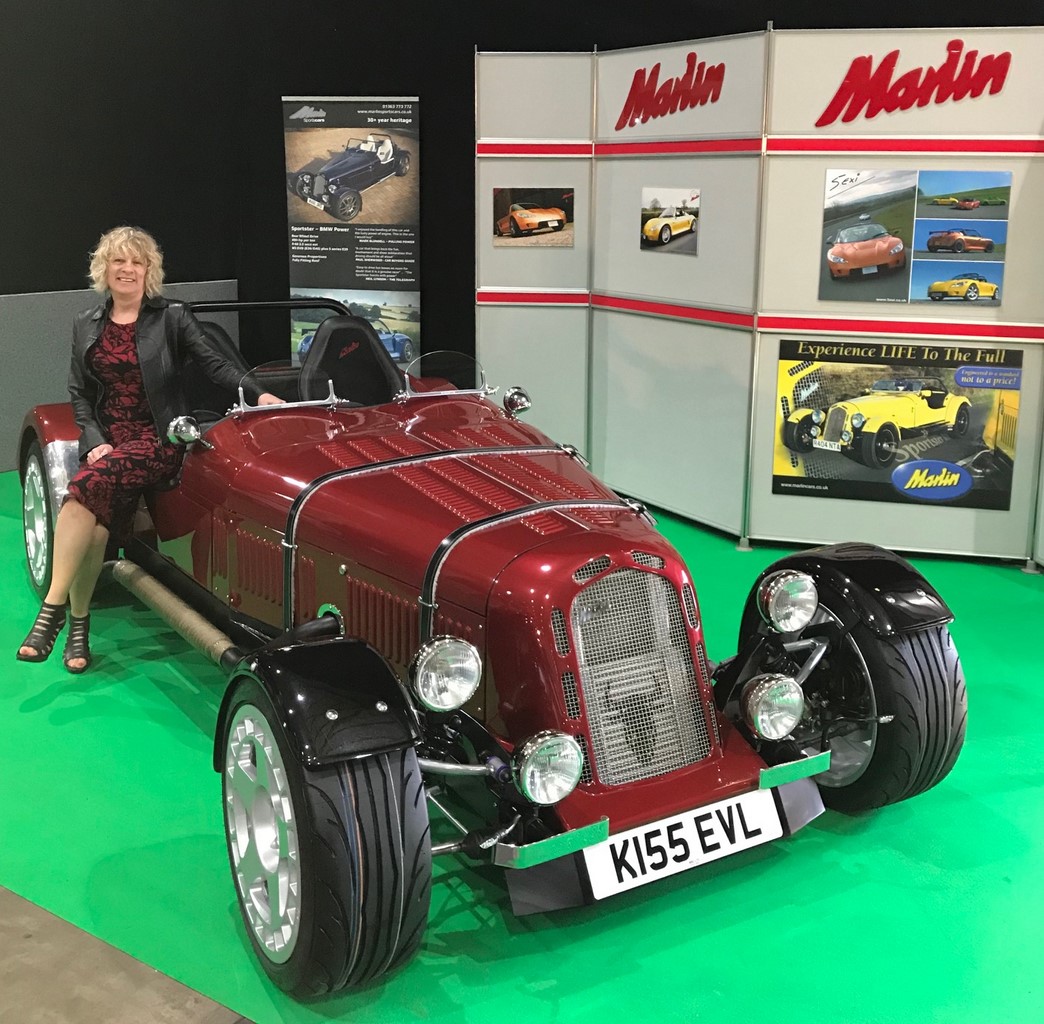 Well maybe not in heels and a dress…….

So, what have we been up to this last year?

After the last newsletter went out we had a flurry of renewed interest in both of our kits and this helped spur us on to complete our BMW 5 series diesel demo Sportster ready for the Stoneleigh Kit Car show. Now, if I said the build had been very straightforward I would be fibbing as we were carrying on a project my late husband Mark Matthews originally started over 6 years before but the end results were stunning and speak for themselves. The show photo above left really doesn’t do this beauty justice.

We also chose to use this this time to improve a few things about the car that we felt could be enhanced; these included a lovely new-look glass fibre dash, an opening boot lid to make for easier access and of course some lovely little finishing touches, like the gorgeous bonnet straps, the Marlin logo’d instruments and yes, those aero screens.

Fast & Furious
Unveiling our Sportster at the Stoneleigh show in May was the highlight of 2018 for us. The car proved to be such a big hit resulting in orders taken at the show and afterwards. We were so proud. After the show we organised to take the car for a test run and re-map at our local rolling road, Tuning Lab. This resulted in them confirming that the engine did indeed need a complete re-build. Disappointed? Of course we were but the engine is now completely re-built and as good as (if not better than) new. Here’s the surgery as it happened:

Once put back together we then took the car back to Tuning Lab and the results spoke for themselves.
The Tuning Lab were very impressed and posted the article below on their facebook page www.facebook.com/thetuninglab/
"Brand new 2018 Marlin Sportster, a one-off build with a BMW M57 diesel 3.0 litre 181bhp engine installed. This car is simply stunning and looks so aggressive.
Due to the small restrictive intercooler we finished up with 207bhp and 348ftlbs which is still very impressive for a fairly lightweight vehicle. With a full spec Intercooler and strong engine we have had 260bhp with 480ftlbs from these M57 engines on the stock turbo. 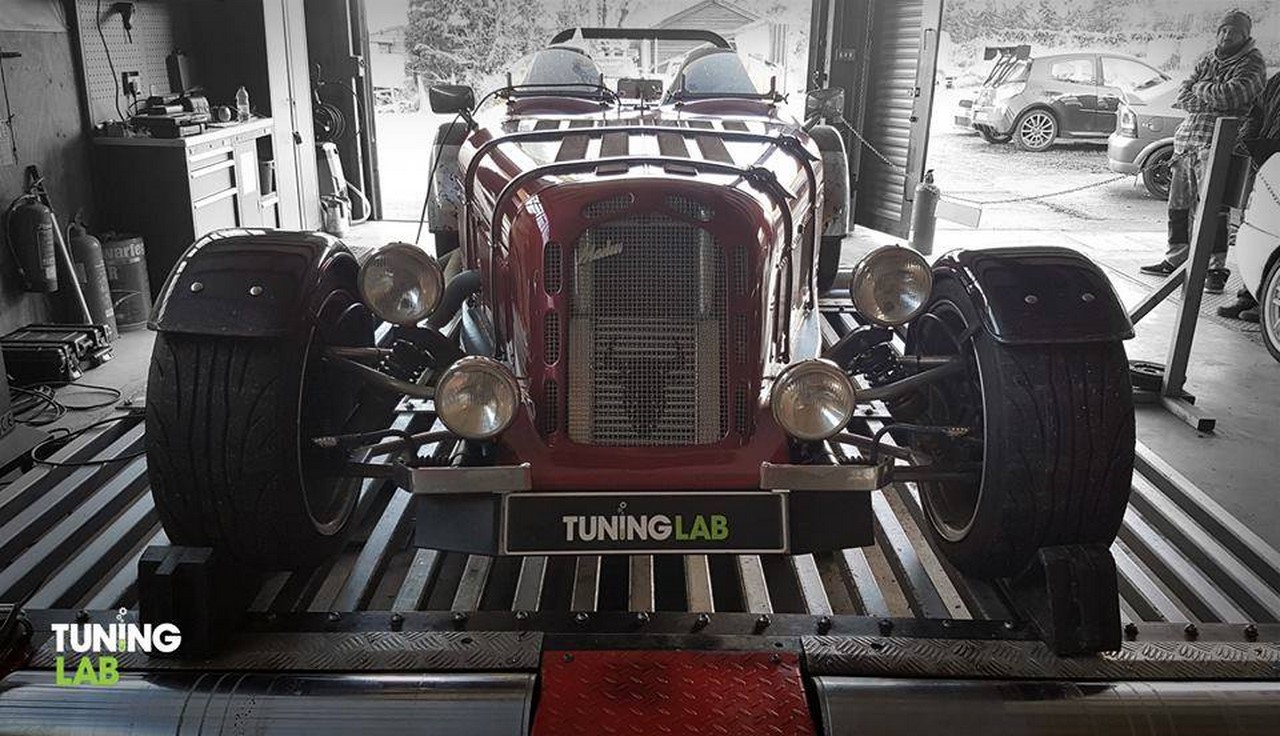 We have arranged to take it back to them in the Spring for some final fine tuning…. You can find out more about this and all Marlin updates by liking our facebook page www.facebook.com/marlinsportscars/

So where does the Fast & Furious come into all this?

Well, finally the car was ready for its first test drive. Ian Stent from ‘Complete Kit Car’ turned up on thankfully one of our better November days and after taking some pics outside the premises while the car was still clean, I handed over the keys to him & Nick and off they went. I think Nick just hates his job…. NOT. 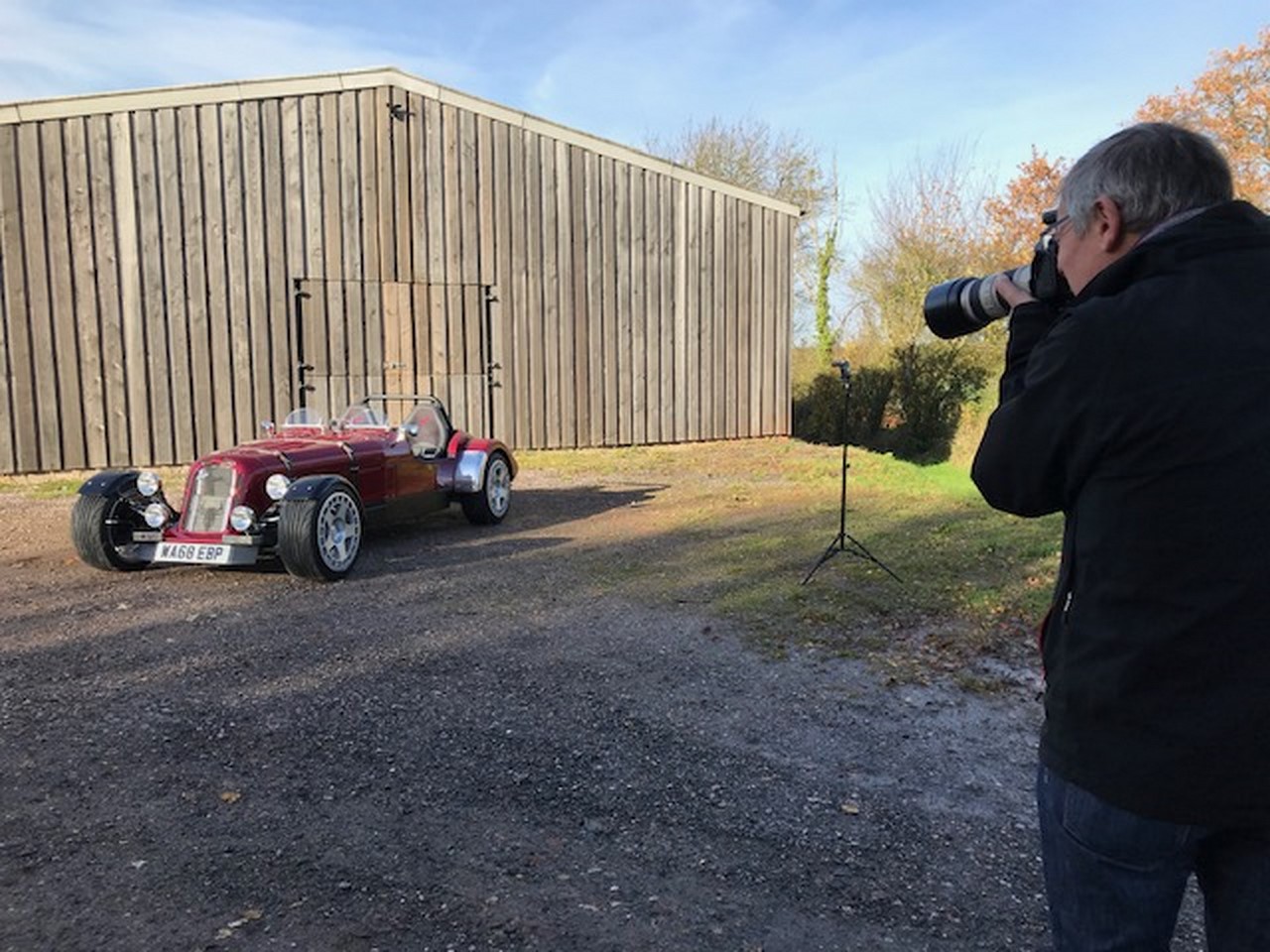 Ian LOVED the car and you can read all about his thoughts & opinions in the latest January edition out now.

It will leave you wanting a Marlin Sportster for sure. 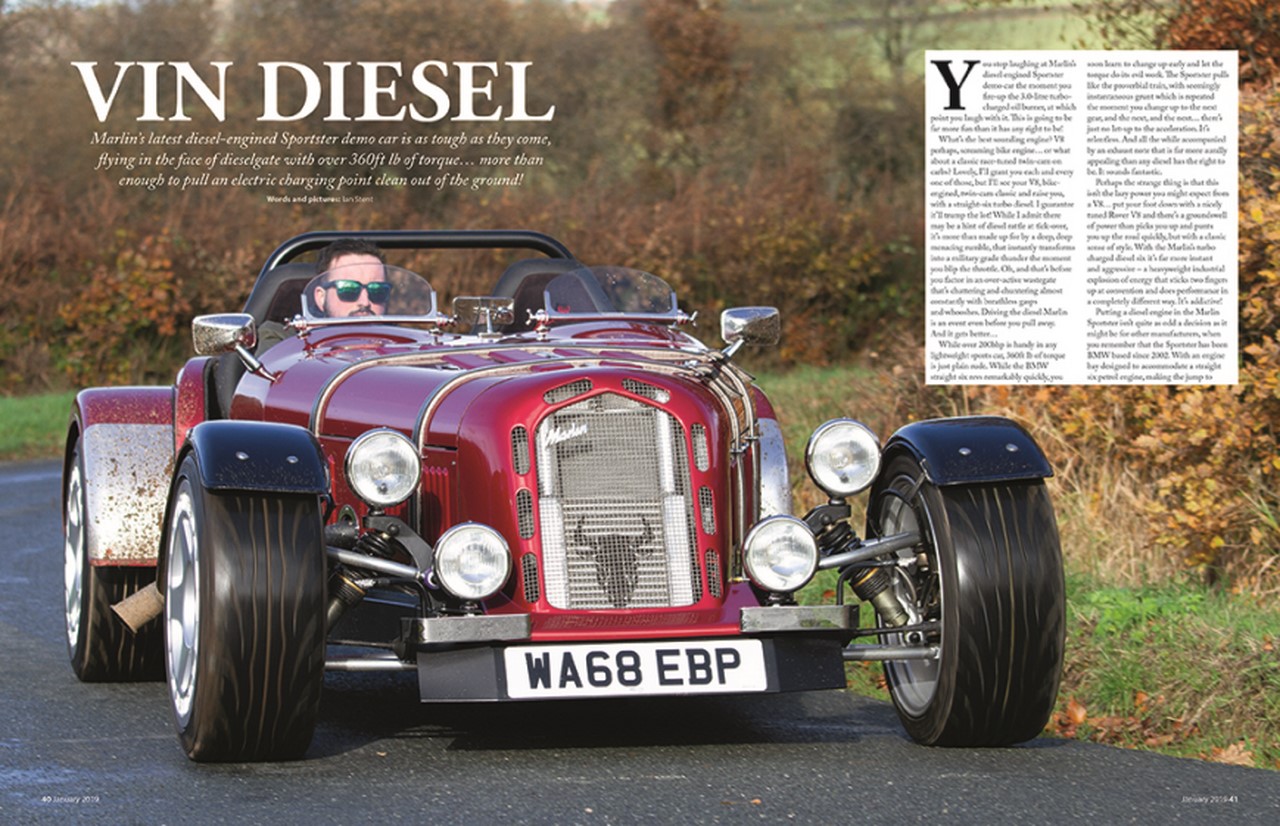 Still Super 5EXi after all these years….

A few months ago we had a fabulous 5EXi here to work on and we were reminded what a marvellous car the EXi really is. Having had some recent renewed interest & fresh orders it made sense to run an advertising campaign. I also decided to drop the 5 from the name and it’s simply now known as a Marlin EXi.

While the car was here I invited Ian Stent of CKC fame, to come to the factory to take the car for a test drive as an EXi had not been featured for quite a few years. Thankfully he didn’t need
any persuading and popped over for a spin a few days later 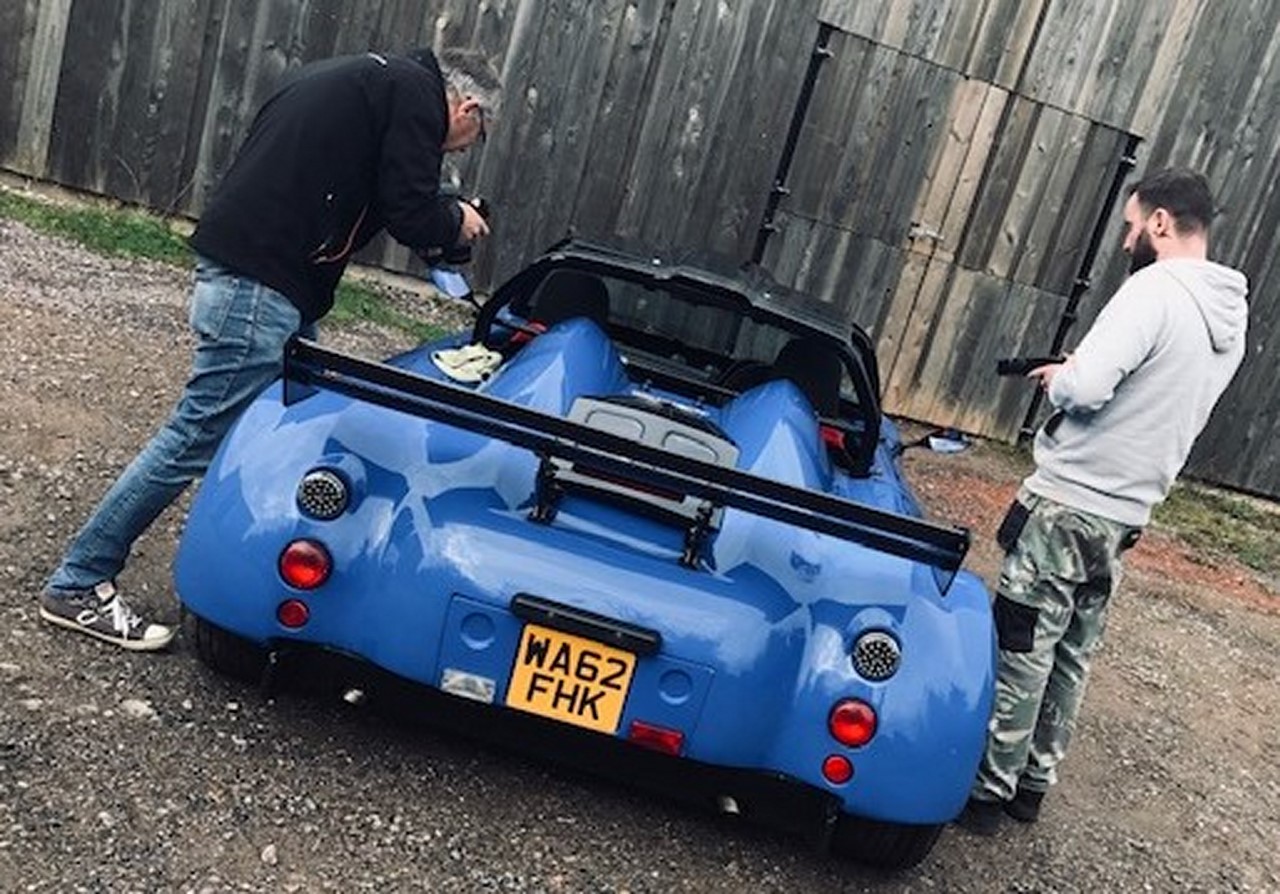 You will be able to read the article in a few month’s time but needless to say he had a great fun ride out in the car and loved its Targa top.

Ian commented that the Targa top meant there was zero buffeting, even at high speeds (can’t say how fast of course) and we thought the car had a lovely aerodynamic look about it, so we set about creating our own. 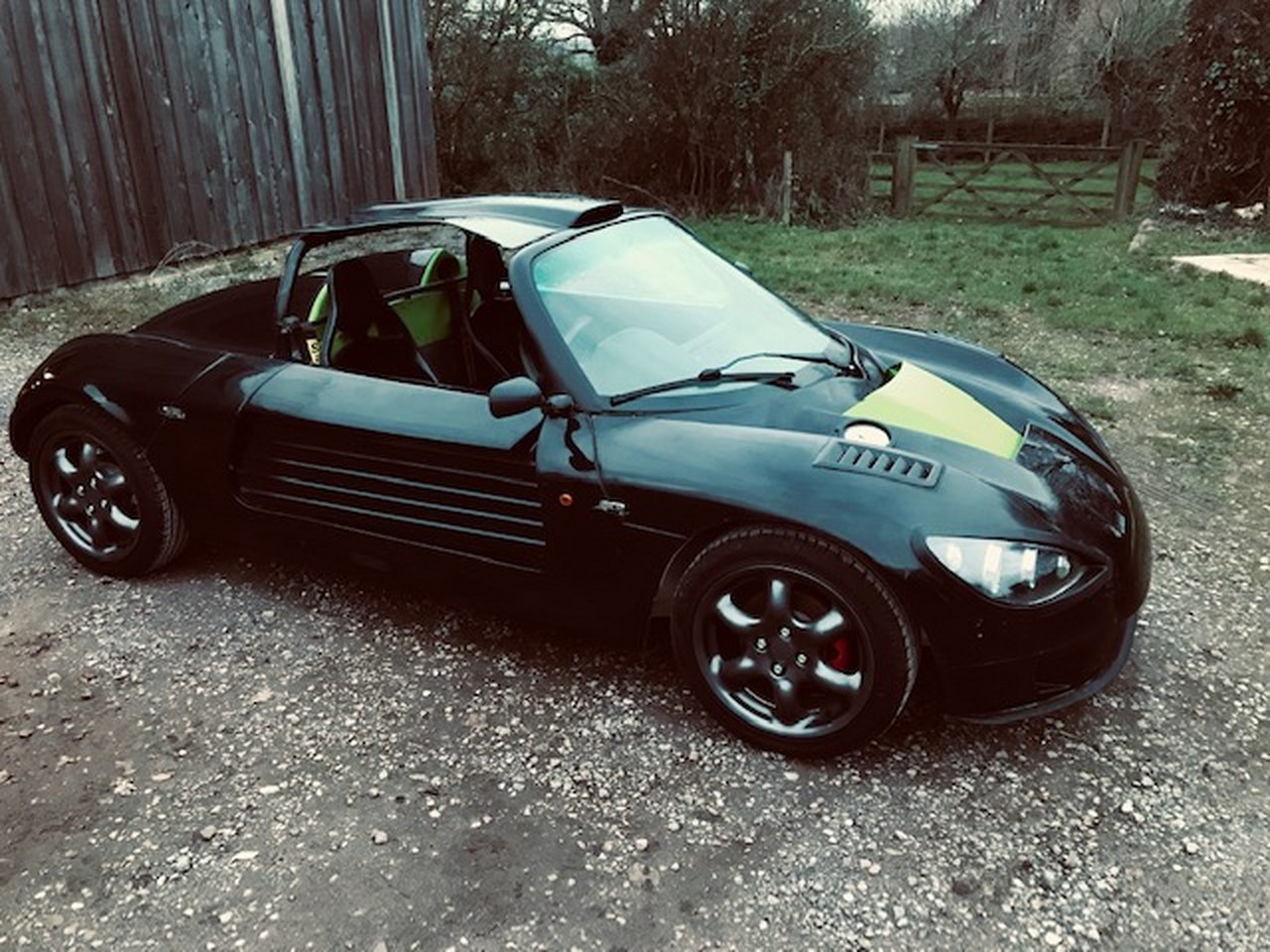 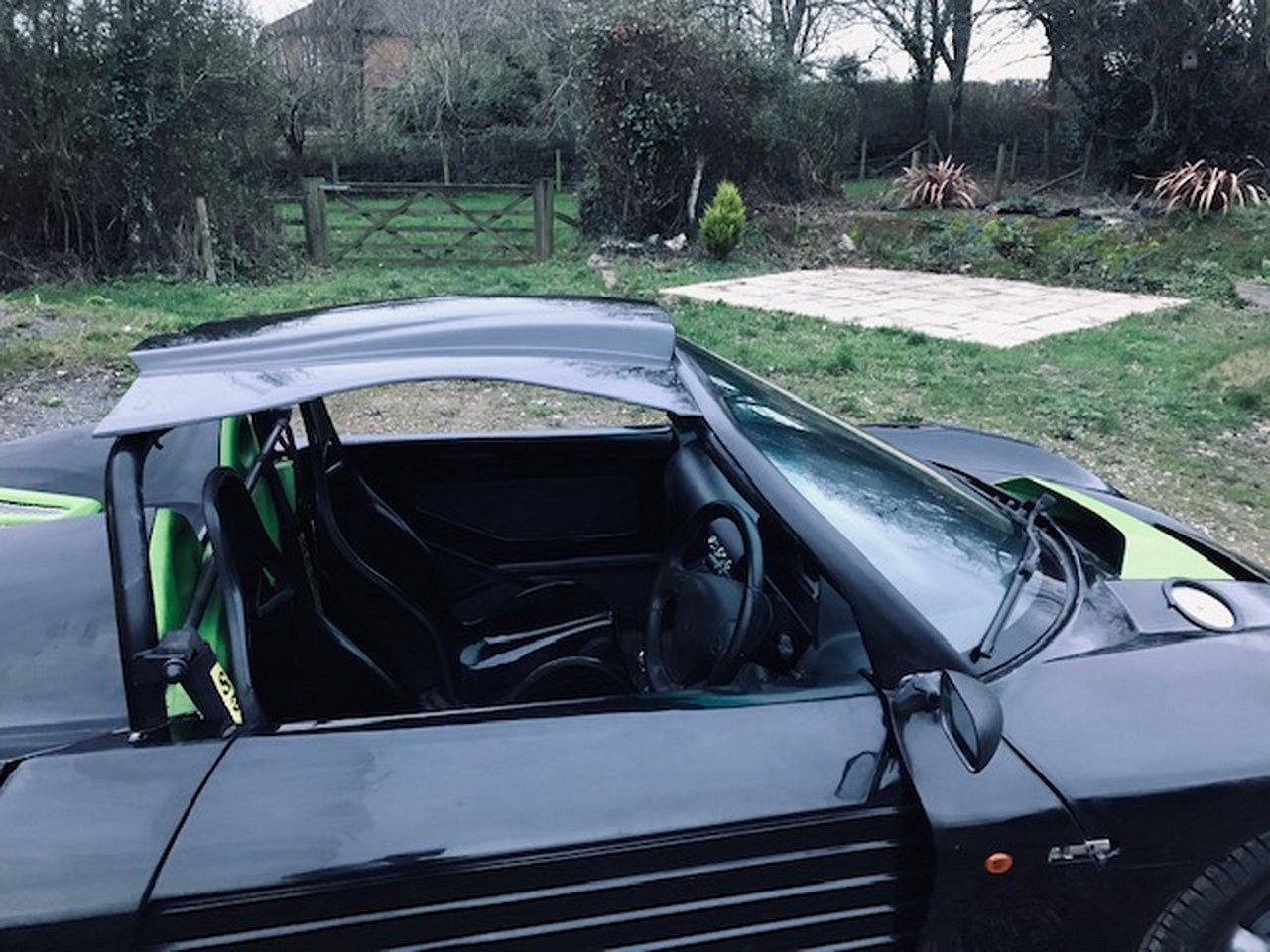 This fabulous NEW Targa top will fit all existing EXi’s and costs just £375 plus VAT.

WWe all know that life is not a rehearsal and we all have dreams that we hope, one day, will be turned into reality. For Colin & Urszula, two years to the day after Colin was diagnosed with Leukaemia (and thankfully in recovery), they treated themselves to a stunning Marlin Hunter (their new ‘toy’) after finding it on our second hand web site page.

Recently they told me ‘‘The Hunter is very well received wherever we travel and we are very proud owners. We are also so grateful to Marlin for setting up the suspension for us when we brought her back, a few months later… it changed the whole way the car handles and it’s feels like having a brand new car”.


For Jon it was collecting his Seat Leon based EXi kit. One of two kits ready to go. The grin says it all.


For some of these owners it’s the excitement of their cars completed, IVA’d or refurbished by us in 2019.

We had a very unusual request a few months ago from a local company. They needed us to carry out some urgent repairs on their tanks…….. Luckily these turned out to be mini tanks. It was a challenge we took on with gusto and it caused quite a stir having them here for a few weeks while we sorted out the tracks. The tanks are now working brilliantly. Check them out if you’re looking for a bit of a fun www.tankland.co.uk


I do hope that 2019 brings you all that you dream and plan for.

I, for one, plan to carry on realising my dreams by building on the success of 2018 and taking Marlin Sports Cars from strength to strength in 2019. We are already planning on attending a few more shows and will be holding an ‘Open Day’ in September to celebrate 40 years of Marlin. More information will follow later in the year.

Finally my thanks go out to Kevin, Nick & Russell for all their hard work this year and the continued support of customers both old & new……… Here’s to an exciting 2019. 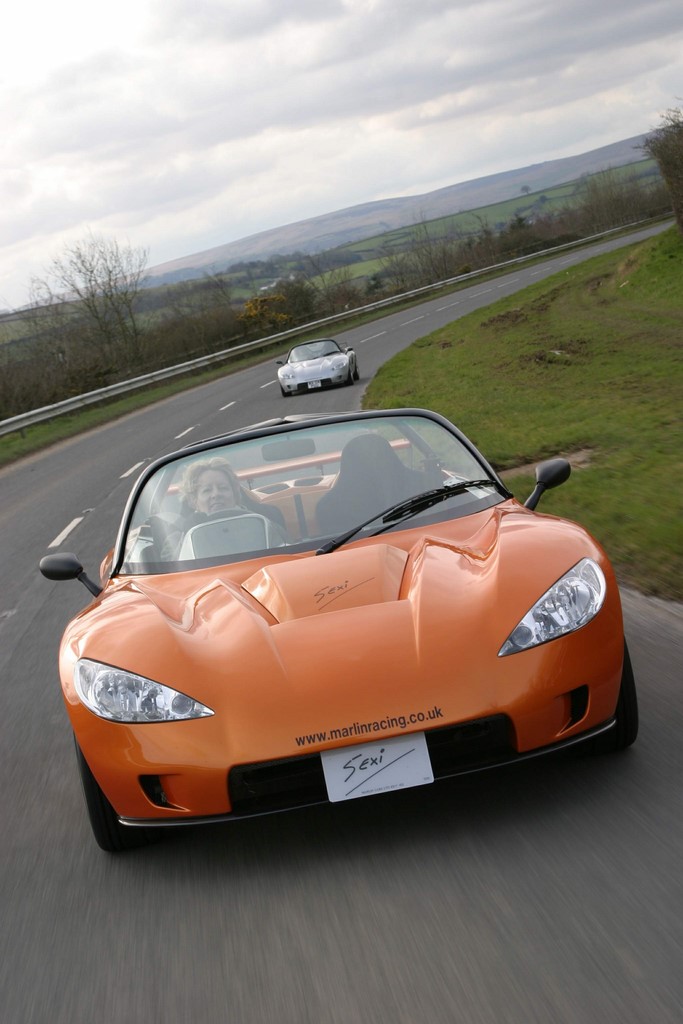