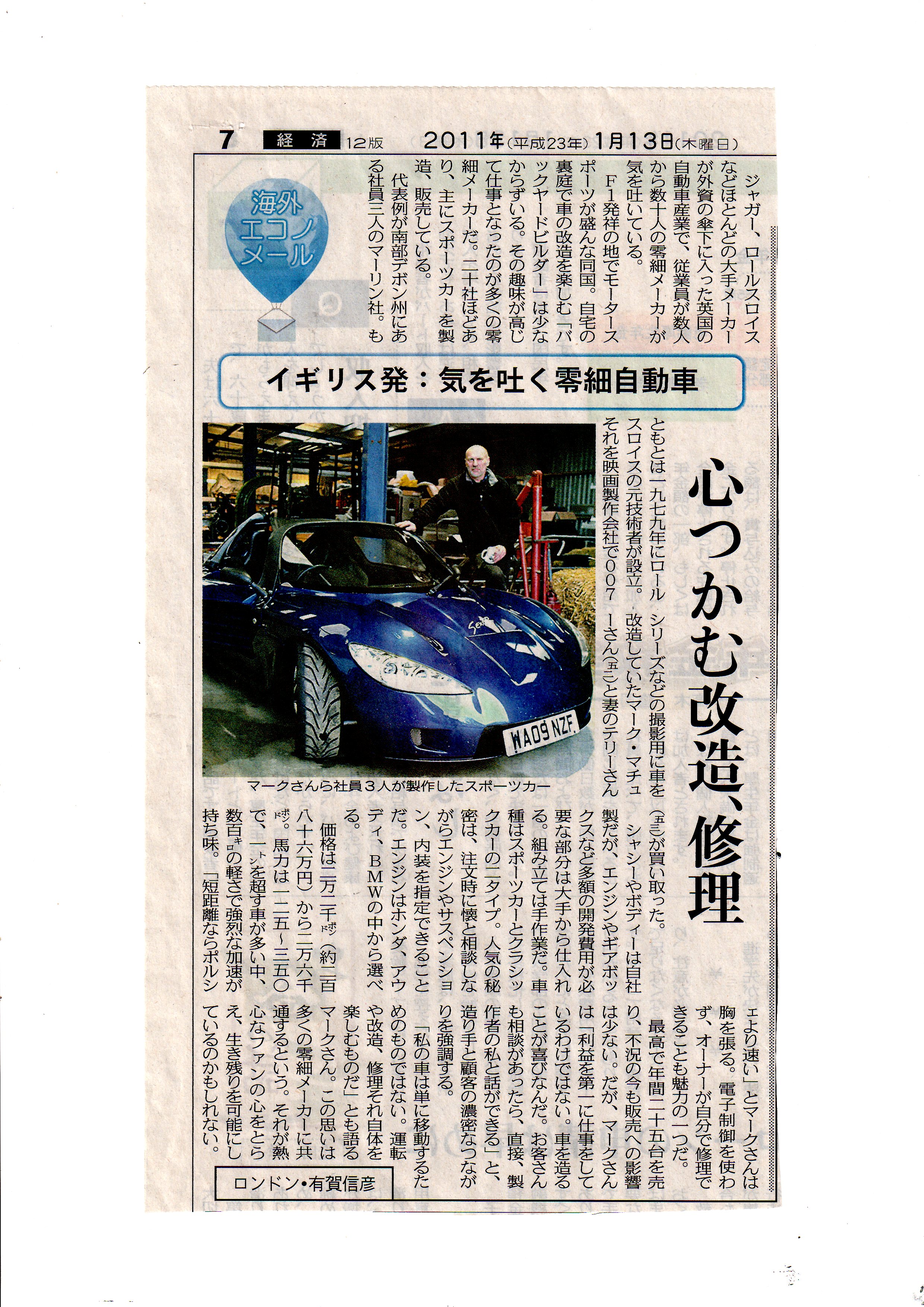 Made in the UK: Automotive passion

As Britain’s big automotive names like Rolls Royce were brought out by foreign capital, many experienced workers, forced from the industry, set up on their own. The global automotive industry was badly hit in the economic crisis but many small manufacturers weathered the storm much better, fuelled by their individual passion for car manufacturing.

Britain lies at the heart of international motorsport and is home to the Formula 1 championship; where F1 history began and where a majority of teams remain.

But it is in people’s back gardens and garages that a lot of the automotive action takes place. It is here that many “backyard-builders” turn their interest and passion for cars into low-output yet viable manufacturing businesses.

There are around 60 or so such companies, primarily manufacturing and marketing sports cars. Marlin Sports Cars based in Devon, is one such outfit which began it’s life as the offspring of a former Rolls Royce engineer. Today the company is run by a family team Mark and Terry Matthews following on from Mark’s earlier career in engineering cars for studio use in such films as James Bond.

Whilst massive development costs mean that engines and transmission systems must be brought in from major manufacturers, the cars’ chassis and bodies are built in-house by hand. The company concentrates on producing only two models; one classically, the other contemporary styled.

The secret to Marlin’s success is it’s customisation through engine, suspension, exterior and interior choice according to customers’ needs. Honda, Audi and BMW are among the engines on offer.

Prices range from £22,000 to £26,000 for vehicles powered between 125 to 350bhp. Head-to-head with other sports cars models more usually weighing beyond a ton, the Marlin cars are several hundred kilograms lighter, and characteristically quick off the line. “Over short distances, we’re certainly quicker than the Porsches, as has been proven at recent track events” boasts Mark with evident pride.

The cars avoid using complicated electronic systems making them attractive to enthusiast owners wanting to carry out their own repairs and tuning.

At the company’s peak, over 40 cars left the Marlin factory each year and sales have largely survived the economic crisis. Anyway, “This is not foremost a business for profit. I just love building cars” says Mark.

Marlin maintains a strong link with its clients. “By consulting with the customer directly, a relationship is formed” says Mark, “My cars are more than a means of transport. Owning, maintaining and driving the cars should all be part of an experience”.

Small British car manufacturers are driven on such emotion. It is this that attracts enthusiast customers to them, and on which their survival and success depends.