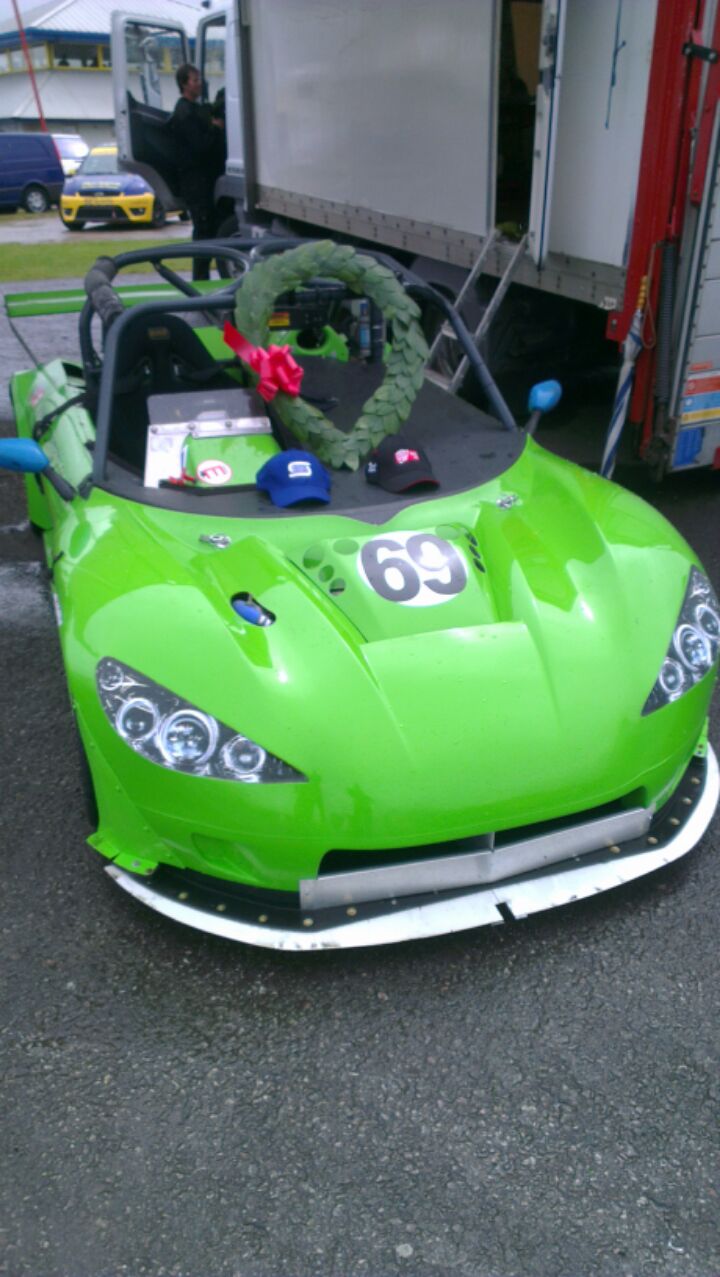 About bloody time!
After finishing 2nd in class in 2012 Sports and GTs championship, I had high hopes for 2013 season. The car was running flawlessly all of 2012, lap times were getting better, my confidence was growing.. Unfortunately, the 2013 season did not start as well as I had hoped for.. After missing the podium in each of the first 3 races, I must say I was starting to doubt myself!

However, things took a turn for the better in the June double header meeting (15th and 16th June)!
The race on Saturday was reasonably uneventful compared to the fun and games qualifying session (most cars going out on slicks with drizzle progressively turning into heavy rain – spins galore!)
I finished the race, picking up my first podium of the season – 3rd in class finish – good result!
Sunday’s race was forecast to be wet and as it turned out, one can rely on a bit of rain at Castle Combe… A lot of rain!
I knew I was likely to be quite strong in wet conditions (I seem to have a bit of a talent for rain driving), but I wasn’t expecting to beat the mighty TVR Tuscan powered by a Chevy 6.2L 550bhp V8 engine..
After falling several seconds behind the TVR on the opening lap and settling into 2nd place, I realised that the TVR was up for grabs!

Several laps of driving right on the limit of grip (and driver ability!) followed and I managed to close the gap on Perry in his TVR.. The battle ensued for the next few laps with me trying various ways to tiptoe my way around the TVR. Two attempts at Quarry resulted in some panicked braking/fishtailing coming into Esses, one attempt at Tower & Bobbies resulted in nothing more than me getting soaked in the spray…
Finally, I managed to get good traction out of the last chicane and took the inside line coming into Camp corner.. Perry went a little wide and having achieved a far better exit through Camp it was an easy overtake down the straight!
The rest of the race was spent keeping a comfortable lead ahead of the TVR (repeatedly saying to myself “Don’t mess this up! Don’t mess this up!

Chequered flag was out on the next lap – first ever class win! Finally!! 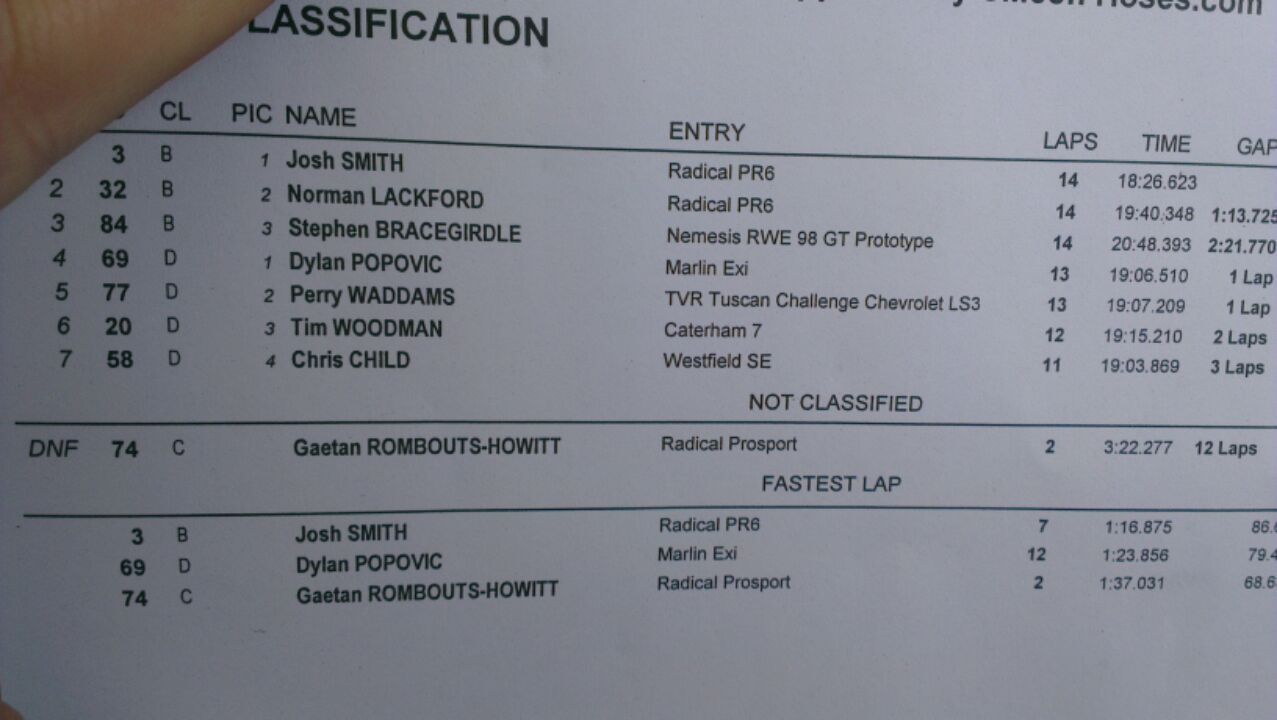