Marlin Sportster owner Jason Cundall tells of
his 'Best In Show Award & the frantic months leading up to it. 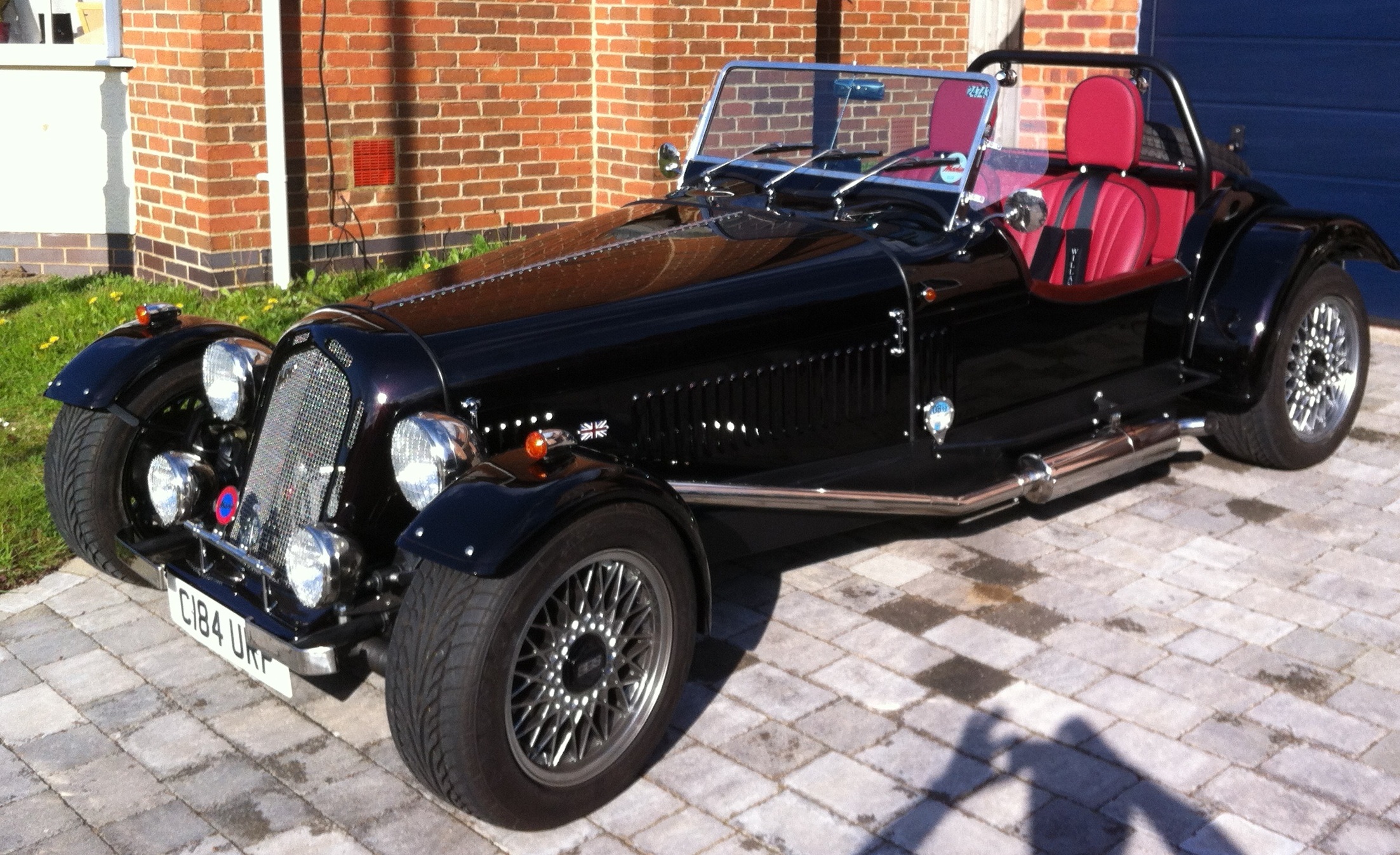 Can't believe it I had a crash in my beloved Marlin 5EXi, from which I escaped unhurt, and now only had a very short time to repair her and get all the bodywork painted before the big kit-car show in May at Stoneleigh.

After effecting repairs to the bent suspension I started to re-clothe ‘Vikki’, but then I got sent on a residential course down in Reading, which left me with one weekend to get her all back together for the show.

So, on the last Friday of the course, we got out at mid-day so I jumped in the car and went home via Daventry to pick up the last of the body work - which turned out to be an interesting hour at the body shop. It transpires that Normandale pick up over-spill paint work for both the Williams and Caterham F1 teams! As I was waiting, the chap who runs the place gave me a tour - which included being shown Bruno Senna's monocoque that had just arrived back from Bahrain that morning. They'd already stripped all the old paint off, and had repainted the base Williams blue and had it in the oven baking off. They also had his side pods stripped of paint and just in the raw carbon weave, which I was able to pick up. I'm surprised it wasn't anchored to the ground - the thing was so light it might have drifted off on it's own! :) Anyway, once I'd ogled enough, I headed back home and started a marathon re-assembly session that didn't finish until Sunday evening. It was a tense, nervous job with all that bright shiny new paint - especially doing up all those fasteners on the bonnet hinge! 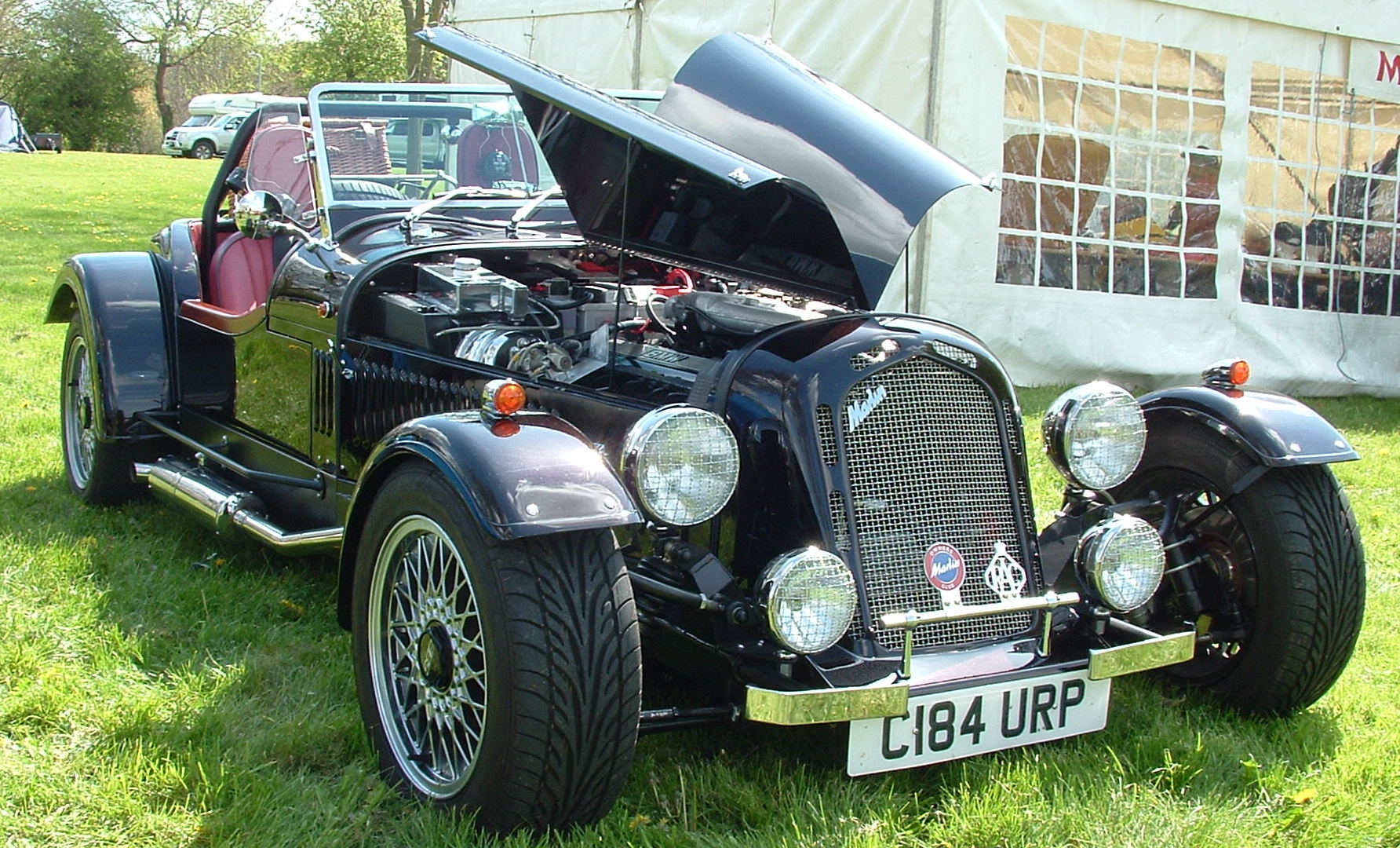 So - that was it. All set for Stoneleigh. We set off in the morning, the weather was good, if not great. No rain. So we got there in plenty of time, parked up and soon had lots of people from the Marlin Owners Club and the Madabout Kitcars forum nosing around.
Everyone was very complimentary, and the consensus was that the paint colour was perfect. So of course, I was happy - praise from your peers is always nice. So I left her basking in the sun while Pauline and I went off to have a nose round the show.
Once we'd walked around so much it felt like our legs where going to drop off, we went back to the Marlin Owners site, and had a very pleasant surprise waiting for us - Vikki had won best Sportster and Best in Show! Wow! 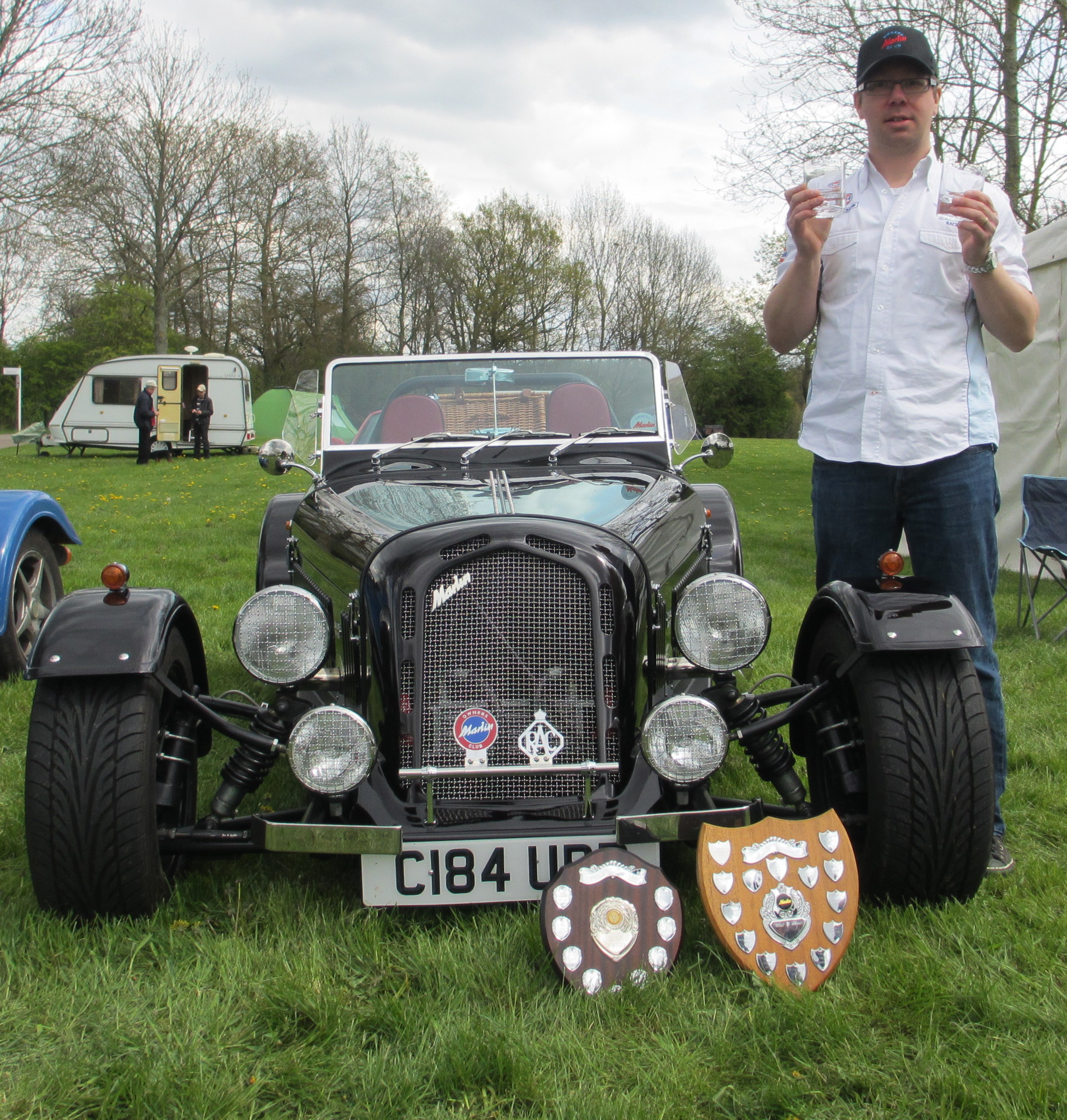 I was presented with the two shields for the prizes and two nice crystal whisky tumblers that had been engraved with the categories and dates. Colour me amazed. Hence the daft expression on my face in the photo - I didn't really know what to say!
We stayed for another couple of hours chatting and swapping tips with other owners, and then went home the long way - I think she deserved a nice long run after that.
The shields now have pride of place in the front room, and I had a large dram in one of those glasses to celebrate. :-)
Read more about Vikki at www.greatoldone.co.uk