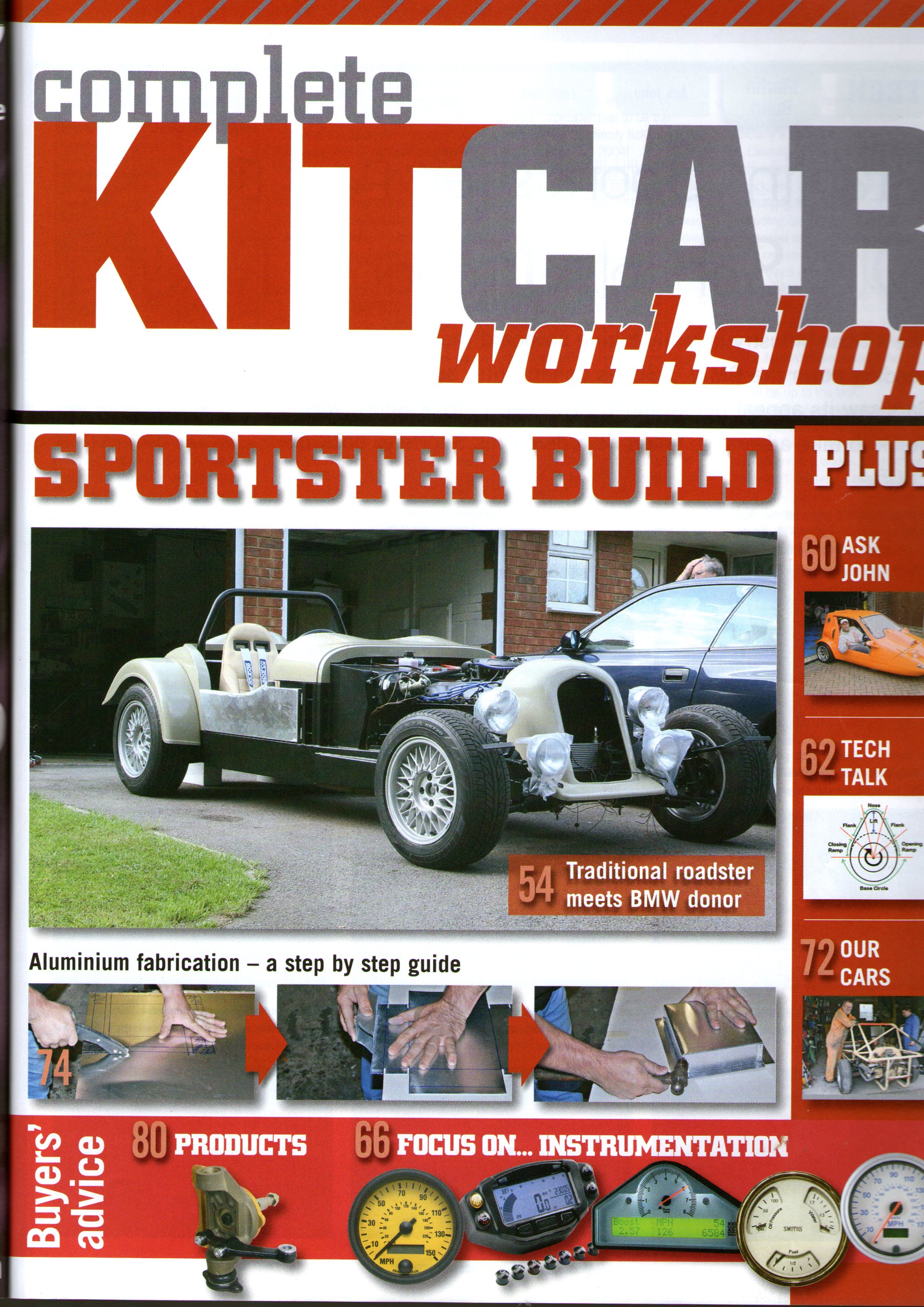 
Richard and Patrick Short first brought their Marlin Sportster kit from us back in 2005. We were delighted as they were of the younger generation who had finally woken up to wanting a car that wouldn’t date in looks and wasn’t like all the rest.

As they were mainly into computers they also requested if they could produce a build diary on line. Of course we readily agreed and their site has just gone from strength to strength. We are delighted to have them as owners and of course we just love the cat (being Bengal owners ourselves) & the car of course.

In 2010 Complete Kit Car featured their Marlin Sportster as a readers build in two parts. Here is the first part and the second will follow in the next few months. In the meantime do check out their web site and see what they are up to with their car nowadays. 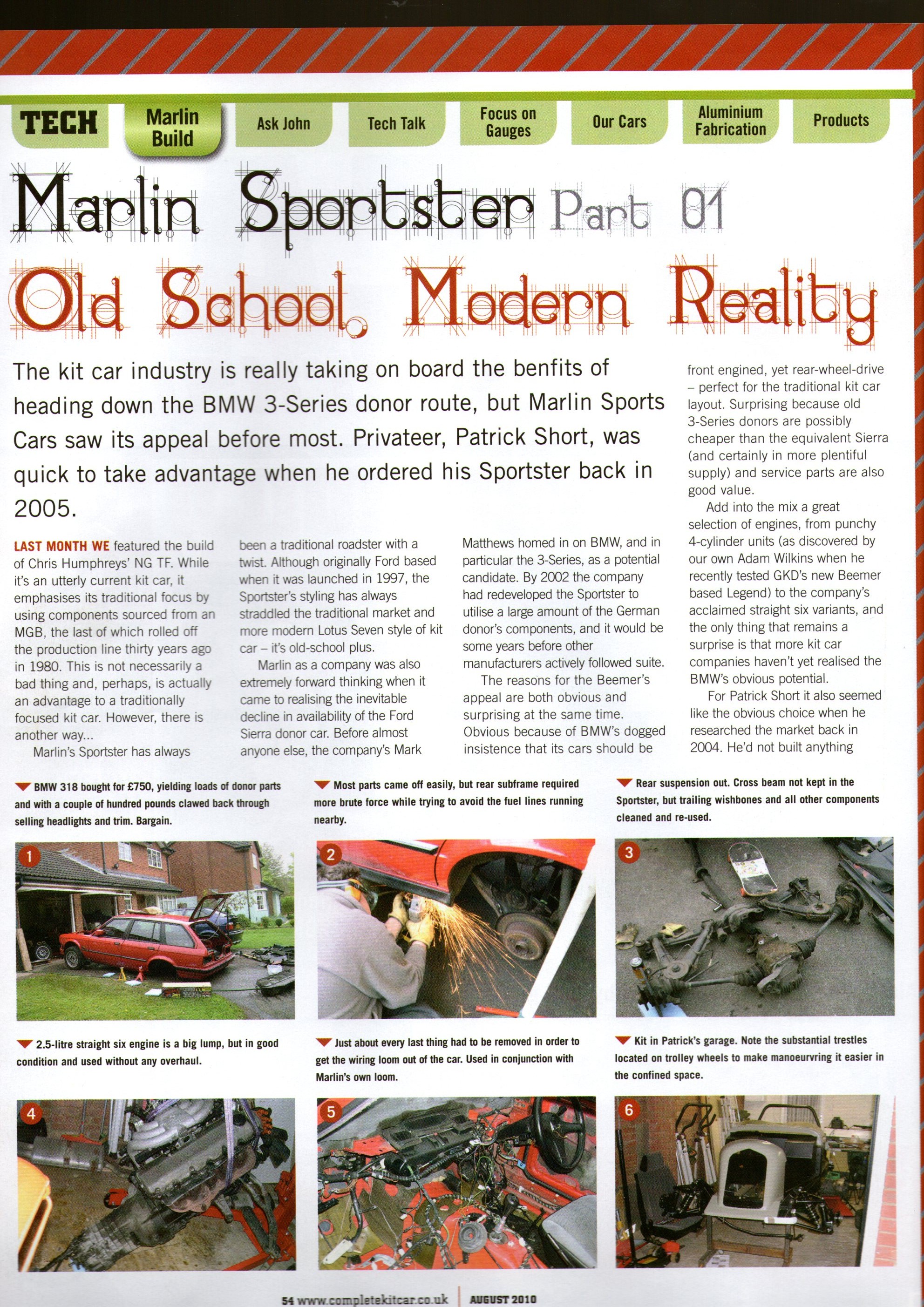 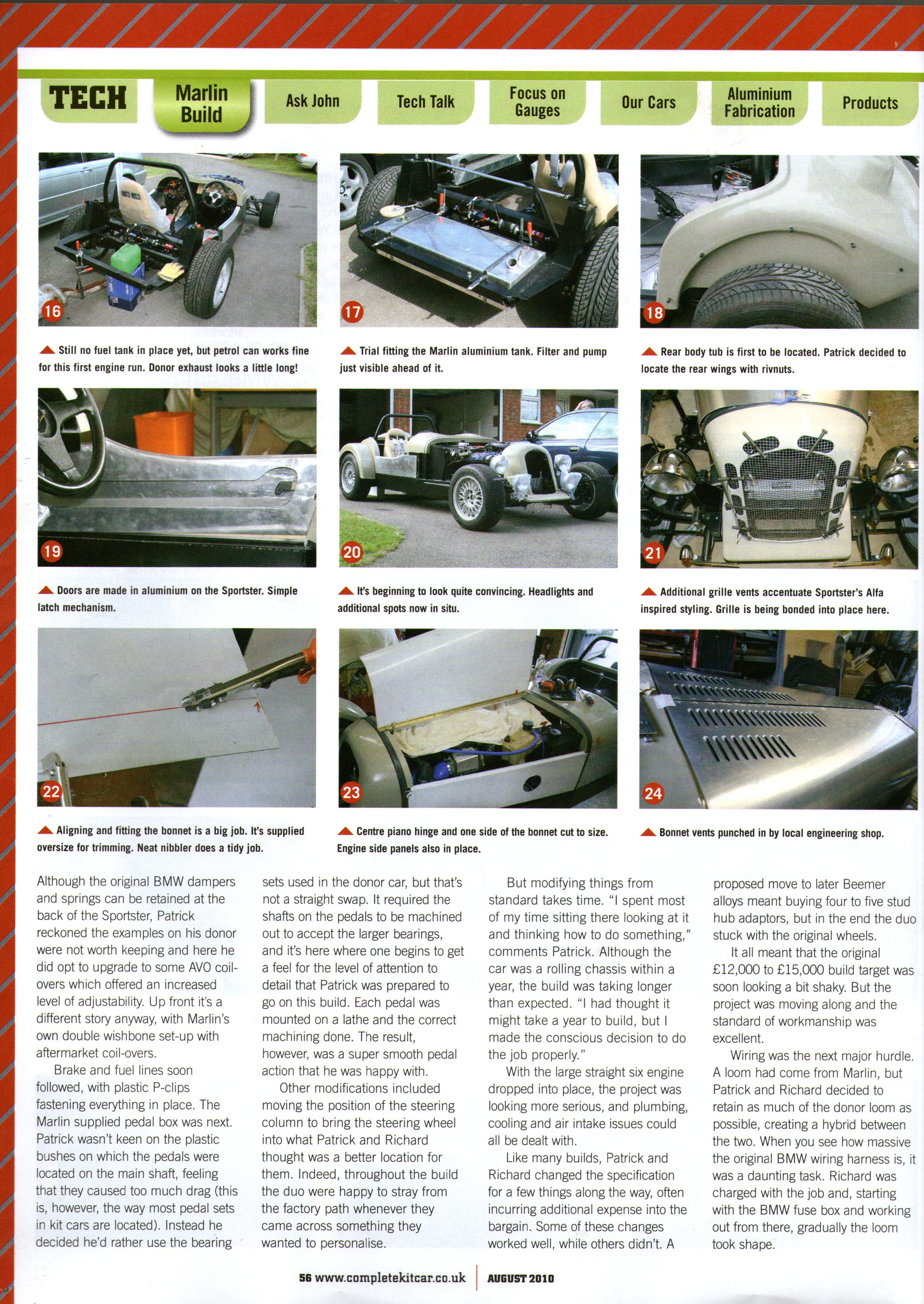 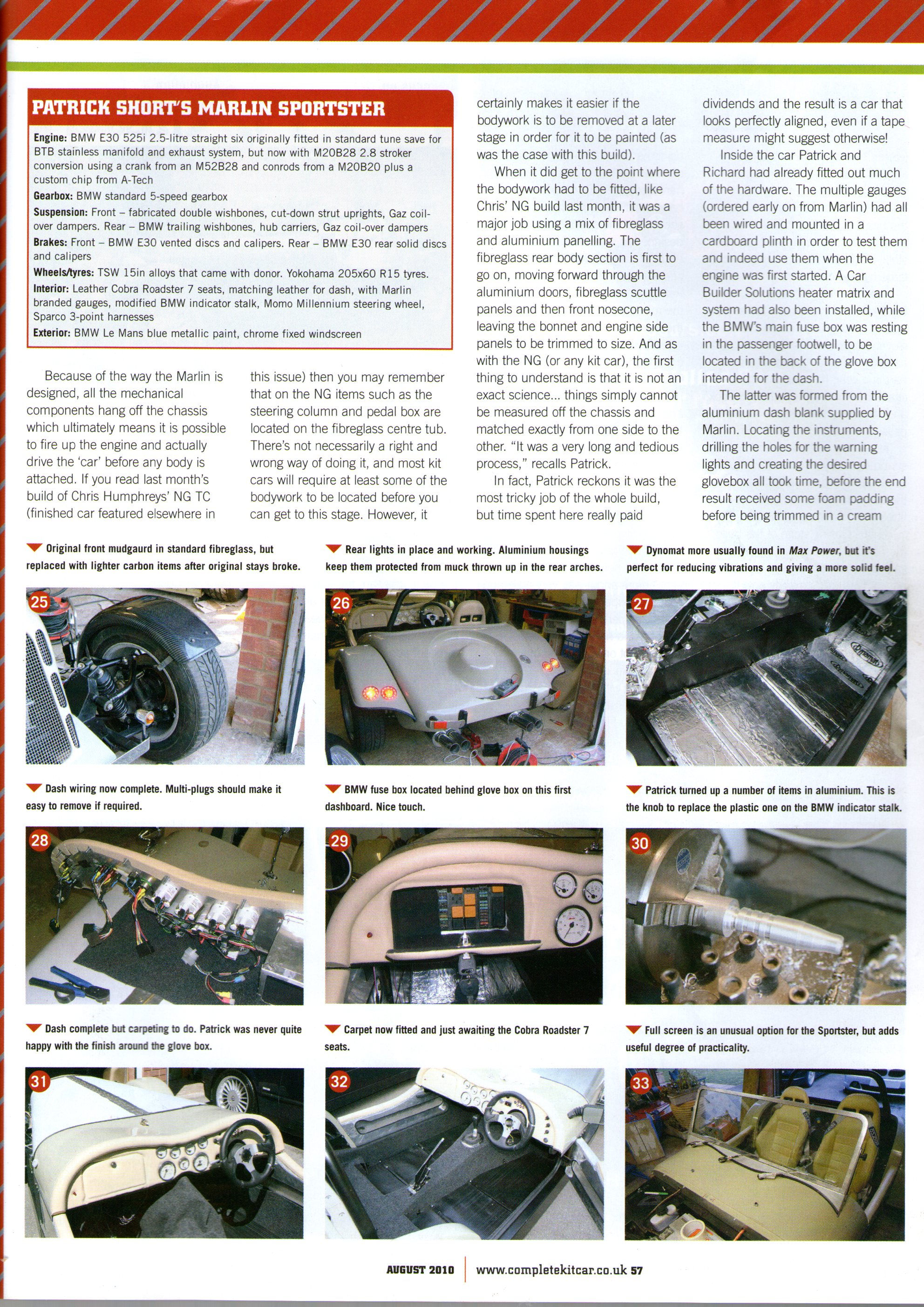 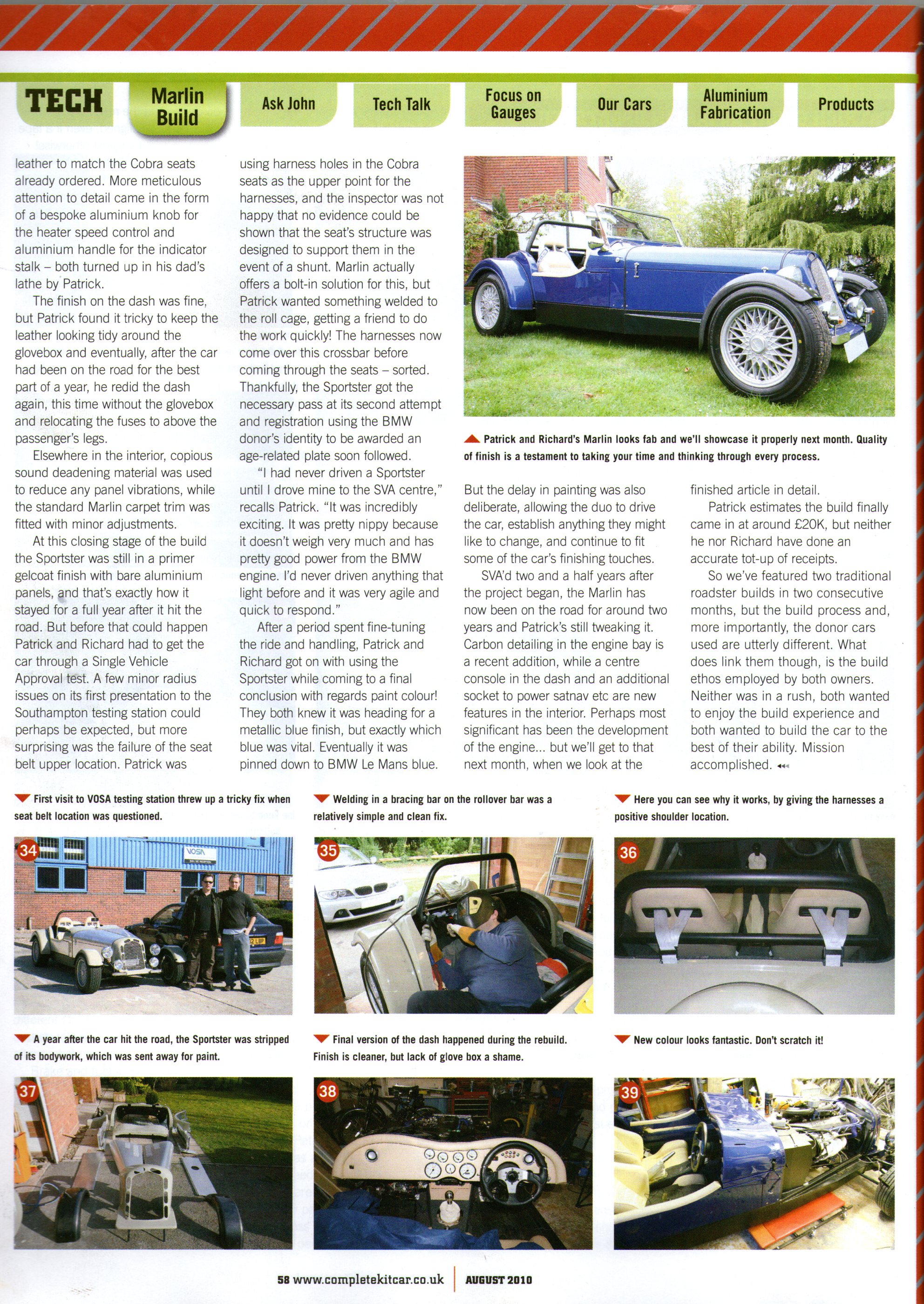