Having attended the show right from day one Marlin were really glad to be able to help the organiser’s, John & Sue Cooke, celebrate the shows 21st year and as always it was a great success with thousands of people attending over the two days. 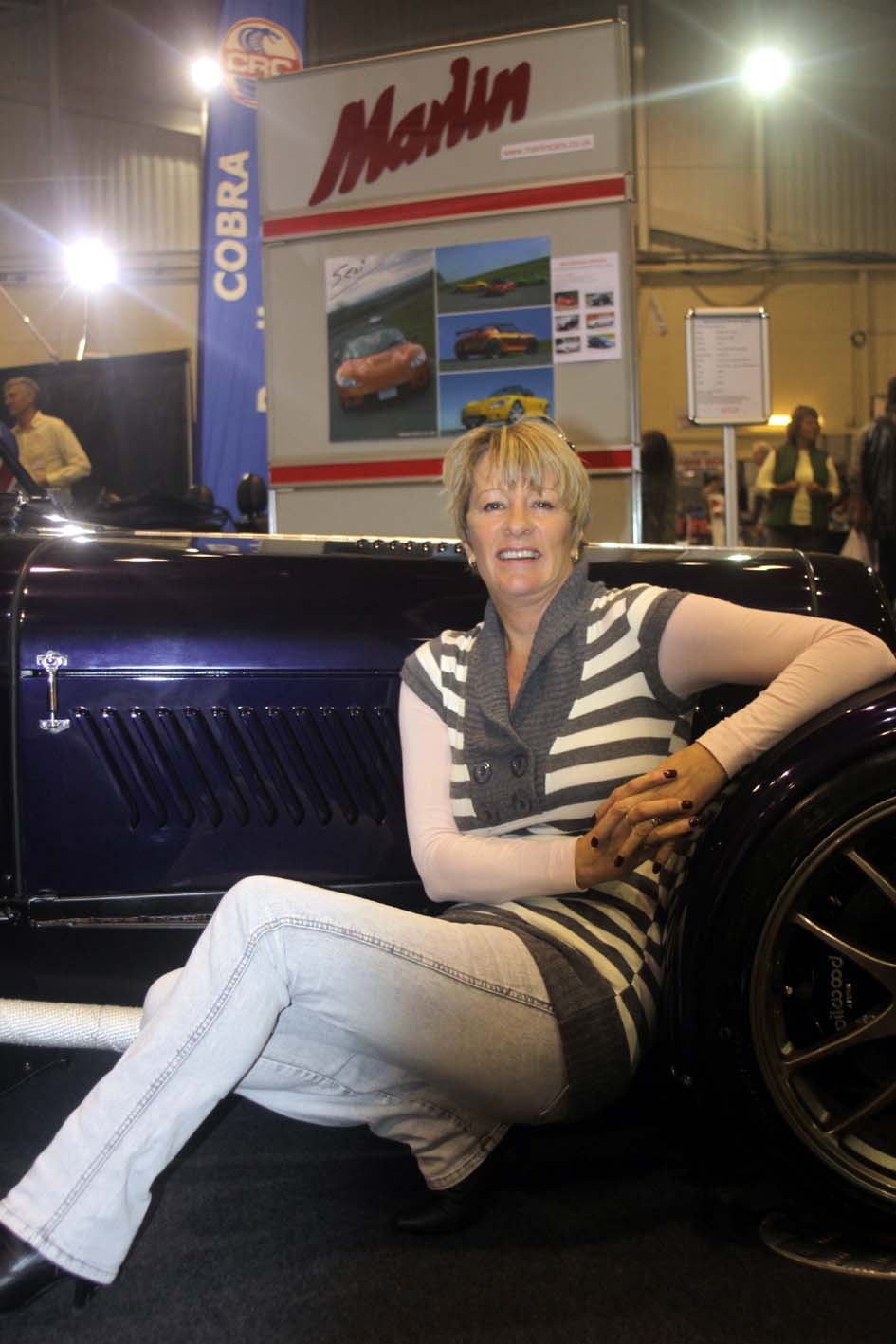 We spoke to many Marlin owners and of course also to many want-to-be owners. This year we took along a beautiful newly commissioned Marlin Sportster with the new style roof system, that we have been trying to find the time to complete for a while. The roof has side screens that fix to the screen on a semi-permanent basis, while the rest of the roof can be rolled up neatly to sit on the back of the car. When side screens are not needed these will store in the ample boot space behind the seats. The windscreen can be folded flat to really create those by-gone days of driving for the not so faint hearted. The new roof system was extremely well received and we took orders for both the new roof from existing customers & also orders for both the Sportster & EXi during the week-end. (Pics of new roof to follow very soon).
Photo by Robert Blinkhorn
On Sunday Ken Robson kindly came along with his lovely yellow 5EXi, fresh from his day of fun at the Supercar Castle Combe track event the day before, where he was helping to raise money for the Stroke Association (more details to follow about his day soon).

At the show Ken was also kept very busy especially chatting to people about how he uses his car on a daily basis and that he also drives the car to and from the frequent track events that he attends. There seemed to be a lot more people interested in doing the same thing this year. Below are some details about Ken’s car and the history of places he has been to so far.

2004
Built by John Watson of Which Kit? Magazine – the forerunner of Complete Kit Car Magazine with the build progress featured in the magazine on a monthly basis.

2005
The car passes SVA as it was then and is run on the road by Which Kit? Magazine for a year during which time it travels around 1200 miles.

2006
Bought by myself, Ken Robson, for use primarily on track days. As I only have a single garage and no room for a trailer, I was attracted by the usability of the car in that it can be driven to the track, stiffened up, thrashed at the track all day and then driven home again.

2008
Achieved a lifetime ambition of driving to the Spa F1 circuit, driving the circuit for 2 days then running over to Germany to drive the original Nurburgring. I achieved a lap time of 9 mins 34 secs on my 5th run, then it rained!!! This experience was featured in Complete Kit Car.

2010
Entered the Guild of Motor Endurance, Mallory Park 6 Hour Endurance. A great experience, on one of the hottest days in May for many years. I double drove with good friend Dave Bence swapping over the driving every 15 mins. Despite a very high rate of attrition with most of the other cars, my Marlin kept going without fault for the entire 6 Hours, then I drove home. Our Pit Manager was Adam Wilkins of Complete Kit Car Magazine and our experiences were featured in a later issue of the magazine.

Experience
The best thing about the car is its usability. I can drive the car in wind, rain or shine without having to dress up or wear a crash helmet. Since I have owned the car it has covered around 18,000 miles over 10,000 of which have been on track!! In all that time only once has it failed to get me home when the original clutch cable broke 1 mile from home. I have been stopped by many people, asking what the car is and commenting on how great it looks.

The Future
After years of abusing the car on track it is finally in need of some TLC. This winter will see a chassis repaint, damper rebuilds and various minor oil leaks fixed. It will then be ready for the next 5 years of abuse.

Motor Racing Circuits the car has been driven to, thrashed all day and driven home again.

See you on a Track!